A bicycle is a human-powered land vehicle that is classified as a cycle and has two in-line wheels, which give it its name. The driving force is provided by its driver, usually in a seated position, through two pedals driving the rear wheel by a roller chain. There are several types of bicycles, the best known of which are: Dutch bikes, mountain bikes, mountain bikes (VTC), folding bikes, cargo bikes and road bikes.

The global bicycle market is expected to grow at a steady rate of 2.4% per year between 2020 and 2027 . This demand is driven by Asia, which generates 20% of global sales, and mainly China, which is expected to experience a CAGR of 4.7% over the same period.

In France, the market is very dynamic, and is benefiting from the explosion in demand for EABs (electrically assisted bicycles), so the sector's sales increased by 10.1% in 2019. EABs have been the subject of a specific Businesscoot study available here.

If the confinement broke the market dynamics, the upward trend then recovered very quickly, with an explosion of demand after the crisis. This momentum is fueled by the government and local authorities in charge of developing urban space to allow this means of transport to expand.

1.2 The world market remains dynamic despite the crisis

In ****, the Research and Markets site conducted a study on the global bicycle market, with estimates for **** through ****, made following the Covid-** crisis. The graph below reports this estimate.

1.3 The French market in full growth

In April ****, the Union Sport et Cycle published its annual Observatory of the cycle market for the period ****. It reports the figures of the French bicycle market, which is in a very good period. By comparing these figures with those of previous reports, we can deduce the following graph.

The UN Comtrade site, reports customs data, made from the HS nomenclature. The bicycle trade is recorded under the following code: -******: Bicycles and other cycles, including delivery tricycles, without motors.

The chart below reports France's trade balance for bicycles.

2.1 The French and the bicycle

The equipment of French households in bicycles

The website ree.développement-durable.gouv published a thematic sheet in **** on the French and bicycles. This sheet reports the rate of household bicycle equipment per number of people.

Rate of bicycle/car equipment per person France, ****, in bikes/person Source: ****

2.2 Types of bicycles, accessories and purchasing methods favored by the demand

Which bikes do the French use?

The**** Bicycle Tourism Observatory, reveals that in ****: the majority of respondents or **% rather practiced mountain biking and VTC. The road bike is also popular with **% of respondents who said they use it. Finally, the electric bike (***) concerned *% of respondents in ****.

Where do the French buy ...

2.3 Consumers' views on the evolution of the sector

The Odoxa survey asked respondents about their views on the outlook for the sector. This outlook is reported in the graph below.

when the crisis is over, the French expect the bicycle to develop as a means of transportation ...

The turnover of producers

According to lafabriquehexagonale.com, the production of bicycle on the French territory, concerns in **** mainly the assembly. The actors, provide parts from third countries (***) and assemble everything in factories in France.

Bicycle producers in France are registered in the Insee nomenclature under NAF code **.**: Manufacture of bicycles ...

The Cycle Observatory in ****, reports the breakdown of sales by distribution channel.

Retailers and multisport stores are the main outlets for the offer. These two channels are also driving growth in the sector, as are supermarkets, with growth of ...

3.3 A market that attracts and structures itself, between giants and new brands

An article from LSA Conso in ****, describes the bicycle market and highlights the main players that structure it.

Decathlon is the leading bicycle retailer in France. Its integrated model is highly effective in the current economic climate. It is active at all levels of the ...

The insee, reports the change in consumer prices of bicycles since ****.

The consumer price of bicycles is therefore very stable. With a slight increase in **** that seems to be confirmed in **** and the first months of ****. This index ...

4.2 The different types of bikes

With the evolution of the practices, and the putting forward of the bicycle as a way of life, this last one saw its forms multiplying to answer the desires of the users. Today, there is a multitude of different bikes, for which a multitude of specific equipment is also available, making ...

Regulations for the production of bicycles (***)

The EU safety standards are specific to each product family and are transposed into the following French standards:

The anti-dumping law on bicycle imports

In ****, the European regulation imposed an anti-dumping duty on bicycles imported from China and ...

after the containment, the State has set up an "emergency bicycle system". This plan consists of ** million euros of investment and * actions in addition to the so-called "transition" bicycle lanes, which will be implemented in more than one agglomeration in May-June ****.

The three components, around which the plan is structured, are ... Very complete study which shows the considerable evolutions that this market knows.

Hello Grégoire, We thank you for your very positive opinion and hope that you will trust us again in the future. 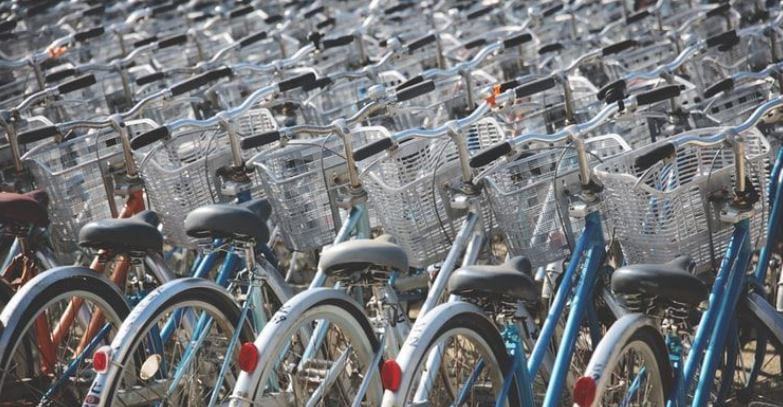