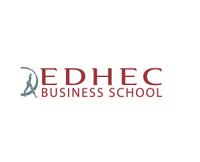 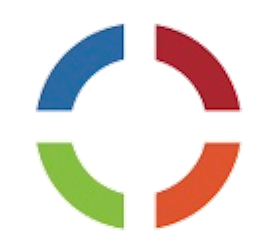 1.2 THE GLOBAL INSULIN MARKET IS GROWING

2.1 CHANGE IN THE NUMBER OF PATIENTS TREATED FOR DIABETES IN FRANCE SINCE 2012

2.2 DAILY CONSUMPTION OF MEDICINES FOR DIABETES IN FRANCE vs. OTHER OECD COUNTRIES

2.3 EVOLUTION OF THE NUMBER OF ELDERLY PEOPLE IN FRANCE

2.4 AGE DISTRIBUTION OF DIABETICS TREATED WITH INSULIN IN FRANCE

2.5 KEY SOCIO-CULTURAL CONSIDERATIONS FOR THE DIABETIC POPULATION IN FRANCE

3.2 THE DOMINATION OF THE GIANTS OF THE BIG PHARMA, REFLECTING A HIGH MARKET CONCENTRATION

3.3 GENERICS LABORATORIES AND BIOTECH COMPANIES ARE GRADUALLY FINDING THEIR PLACE ON THE MARKET

3.4 INSULIN PRODUCTION AND THE EVER-INCREASING COST OF MOLECULES

3.5 THE DISTRIBUTION OF INSULIN PUMPS TO PHARMACISTS SINCE 2016

4.3 THE ARTIFICIAL PANCREAS, A REAL COMPETITION FOR INSULIN?

5.1 THE REGULATORY FRAMEWORK FOR INSULIN IN FRANCE

L’ insulin is produced in the pancreas to help control glucose levels in the blood, i. e. blood sugar. Insulin production is aimed at correcting a body failure, especially in the case of diabetes. Insulin is a more global segment of the diabetic treatment including drugs, insulin, glucose meters, insulin pumps, pen injectors, etc. The market segments of the insulin pumps and of the pens are therefore markets adjacent to the insulin market in France.

According to the WHO , in 2040 , 622 million people will have diabetes and 40% of them will be treated with insulin Public Health France highlights the fact that by France in 2016, 3.3 million people were being treated for their diabetes (about 5% of the population), and this number is increasing: the average annual growth rate 2015-2020 is estimated at 12%. Among them, 2/3 of people with diabetes treated with insulin in 2012 in France are over 60 years old. By 2025, the elderly will account for a quarter of the French population. However, the high number of diabetics in the elderly (increase in the prevalence of diabetes in the elderly) is explained by two main factors: the increase in the frequency of diabetes and the continuous increase in life expectancy. This is therefore the main request made by insulin providers.

the 21/02/2020
We are committed to taking into account the feedback of all our clients, consultants or company managers, in order to better meet their expectations.